Keep up with our recent activity on our Facebook page

A proud tradition of serving our community

The Fort Pierre Fire Department responds to an average of 50 to 80 emergency calls annually. 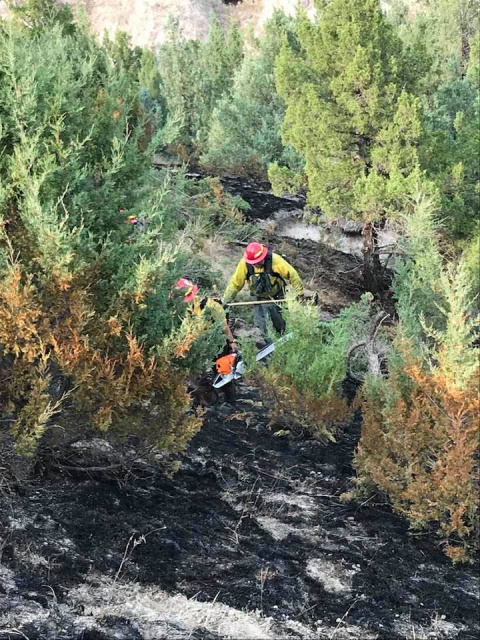 There have been a handful of fire stations in Fort Pierre throughout the years.

Through records and stories from older folks, the first known main station was in downtown Fort Pierre adjacent to the Rowe building, which is known today as Diamond D Saddle Shop.  It was very simple and very small - about enough space to store one truck and a little equipment.

At the same time, Station #2 was on the south side of the Bad River on Wandel Avenue, about 1/2 block west of present-day Highway 83.  This wasn't a large, organized building; it was merely a shed that stored a hose cart and extra supplies.  If the need arose when apparatus or manpower couldn’t get to the south side, at least the hose cart was available.

The first "real" station was eventually built in downtown Fort Pierre. The brick building had 2 truck bays, a small shop and work area, indoor plumbing, and a meeting area that was shared by other organizations. The trucks that were inside were literally bumper-to-bumper, plus a couple trucks that sat out behind the station in the open. The department outgrew this space in the early to mid-1970s, but the building still stands and currently houses West Side Paint and Body, across from the Chuck Wagon Café.

At this time, the department, led by Fire Chief Richard "Bud" Gould, began planning for a new facility.  Chief Gould went out and found some loan programs; proposed the idea to the city and county commissioners; and worked his way up to getting the blessing of the city and county fathers to proceed with the construction of a new building.  The fire station was erected in 1977-78. At that time, the building cost $225,000.

At the time, some considered the station too big, but Chief Gould’s vision has served us well - we are still here today. There are 8 full truck bays, a large shop area, storage rooms, dedicated communications room, Chief’s office, restrooms on both levels, and a large meeting room with a full kitchen.

The station also houses a large backup generator so that in case the city power were to go out, the department can still function properly.  It can also serve as a shelter for members of the public in an emergency.

Today, the station has "shrunk" quite a bit.  With 11 trucks and 38 firefighters on the roster, it gets very cozy to say the least!  The department has a committee that is monitoring space needs for the future. 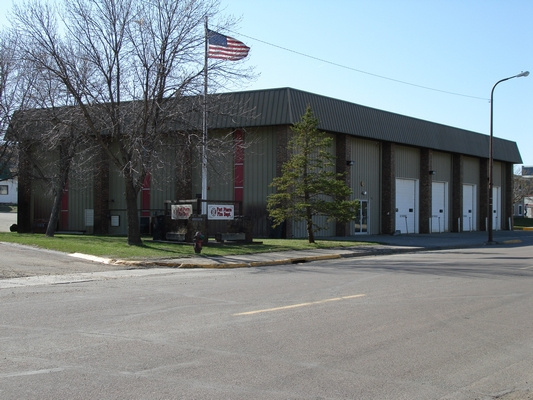 The following are the known fire chiefs and the years that they served. Although we do not have a complete record, we wish to honor all the officers who have led our department.

Firefighters of the Year

The members started the Firefighter of the Year award in the early 1980's to recognize a member that went above and beyond.  This is a very prestigious award for us, and we would like to express our gratitude to each awardee for their service and dedication.